As a current divided political situation in Montenegro linked to the implementation of a new law on FoRB, Adviser at the NCHR and editor Jasna Jozelic was recently interviewed in the main Montenegrin newspaper Pobjeda.  As she is one of the editors of a new published book exploring the ‘divide and rule’ politics across ex-Yugoslav successor states. 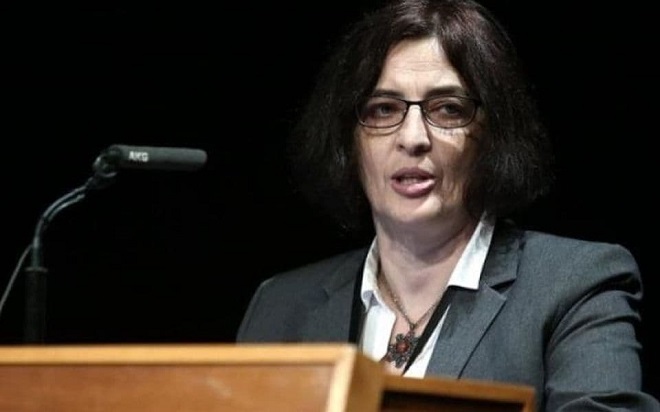 Jasna Jozelic interviewed about the controversy on the new law on FoRB in Montenegro. Photo: Sanjin Strukic/Pixell

The enactment of a new FoRB law in Montenegro has led to a political conflict between Montenegro and Serbia, where the Serbian Orthodox Church (SOC) in Montenegro refuses to submit to legal regulation.

Although the law follows legislative international standards in every respect, including the adoption of advice from Venice Commission, it did not prevent an escalation of political conflict between Montenegro and the SOC especially regarding the issues of relations between church and state property.

The new book Nationhood and Politicization of History in School Textbooks; Identity, the Curriculum and Educational Media edited by Gorana Ognjenovic and Jasna Jozelic is published on the prestigious Palgrave Macmillian/Springer and it explores how school history textbooks are used to perpetuate nationalistic policies within divided regions. The editors and contributors draw upon a wide range of case studies from across ex-Yugoslav successor states.

Legislative regulation of church property issues is linked to the process of building Montenegro's national unity and statehood. By opposing to the implementation of the new Law, the Serbian Orthodox Church wants to stop this process by creating a sense of national and religious vulnerability that dominates public discourse.

The Serbian Orthodox Church through its political activism, using strong religious symbolism, taking the role of "leader of the people" by creating a religious definition of what a nation, identity was and is, and resisting a "disobedient" state, says Jozelic in the interview.