Guest lecture by William Banks. Brandes was known as the "Father of the Modern Breakthrough" for his influence on Scandinavian writers, including Bjørnstjerne Bjørnson, in the late nineteenth century. A prominent writer, thinker and speaker, he often examined intellectual topics beyond the literary criticism he was best known for. From Brandes, we have the concept of "putting issues under debate"/ "å sette problemer under debatt". 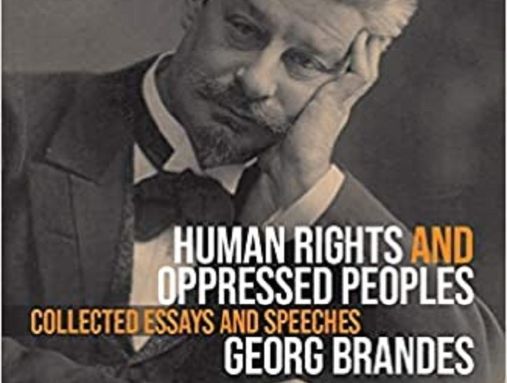 Anthology of the rights of oppressed peoples. Photo: Section of the book cover edited and translated by the guest lecturer William Banks.

Georg Brandes devoted a great deal of the first quarter of the 20th century to what may arguably be understood as an early form of human rights activism. This lecture provides an introduction to the critic’s pioneering international rights advocacy with an eye toward situating it within the broader history of human rights.

In a collection titled Human Rights and Oppressed Peoples: Collected Essays and Speeches (published in February 2020 by University of Wisconsin Press), William Banks has translated a number of Brandes' pieces that engage in the concerns of oppressed peoples. By collecting, annotating, and contextualizing these works, Banks reintroduces Brandes as a major progenitor of thinking about the rights of national minorities and the colonized.

With reference to Brandes’ speech Imperialism, delivered in Christiania/Oslo in 1922, Banks will frame the speech in a human rights context since the 1922 speech constitutes a fundamental revision of Brandes’ thinking about the rights of peoples.

One of the more intriguing aspects of Brandes' advocacy for the rights of the oppressed is that it grows directly out of his much better remembered humanistic work; as literary critic, historian and mediator, he was a fierce advocate of all small languages and literatures, conceiving of the world literary republic as a wholly unequal system of dominance maintained by the very same powers who had politically subjugated much of the world.

As a kind of "armchair anti-imperialist," his early political journalism is rooted much less in moral and ethical outrage than in what Julie Allen has called a "cultural defense" of oppressed peoples, that is a critique of how imperial domination (particularly language and education policy) destroys the vast fabric of human literary and cultural diversity.