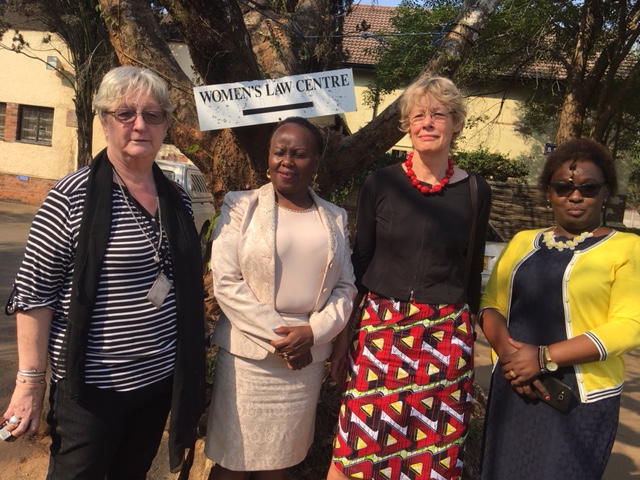 Photo: SERCWL. Four of the five authors behind the article.

The questioning of legal education as gendered and unequal began in African law faculties in earnest in the 1980s. Feminists were seeking to transform the normative tradition of law to recognise what law traditionally treated as “otherness”, as central to an understanding of law and society’. This was within a context where despite the political decolonisation of African countries, colonial laws remained intact and denied other legal forms recognition and spaces for expression.

The need for critical examination of the role of law, lawyers and legal institutions in maintaining colonial vestiges formed a significant part of scholarship in the 1970s and 1980s Southern and eastern African and Scandinavian researchers realised that it was not enough to extend Western law into African contexts and challenged law’s claim to objectivity through research on family, succession, labour and social insurance laws that took women’s lived realities as the starting point (Dahl 1987; Hellum et al. 2007; Stewart and Tsanga 2019).